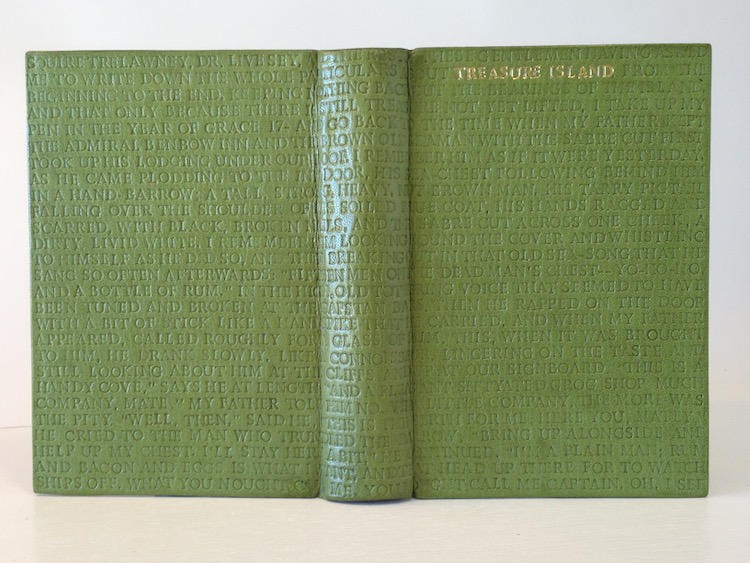 June 2016 will see the return of the Worthing Artists Open Houses to our seaside town. As a craftsperson, I have previously enjoyed the increased members of the public coming to say hello at The Book Hut, but never directly taken part. This year, however,  I will be much more involved, with two projects on display and a workshop at the Worthing Library, it’s all go at this end. The first, and key project, is that which is introduced here – Treasure Island – a fine binding of my own creating, that will be on display at StudioFreer in June. It is the first fine binding I have made for approximately four years, and the very first which will be available to buy.