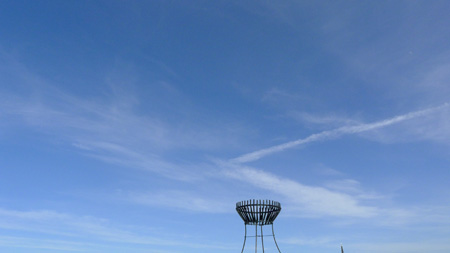 Just before Easter, I spent two glorious weeks in Edinburgh in Scotland. Despite being only a train journey away, this was the first time I have ever been to Edinburgh, and indeed Scotland mainland (I have been to the Isle of Arran – also beautiful!), and glorious is a good word to describe the city, it was absolutely amazing. I didn’t even manage to see all of the attractions and was still blown away by the pure beauty of the city itself.

I have always been keen on architecture and interesting old buildings – the ones that peek my interest the most are the ones that look like they could be riddled with secret passages that might have been used in days past for romantic interludes or unsolved murders! Well Edinburgh may be the epicentre of these types of buildings, especially as it seems every other building was the site of the murder of one of Mary Queen of Scots secret lovers! It reminded me of something from The Gormenghast Trilogy, which if you have managed to read (it is a task), you might also see the similarities.

I was there for two weeks on a placement with the National Library of Scotland, who had very kindly agreed to take me on in their conservation department. The library itself is accessed on the George IV bridge, at which point you appear to be entering a fairly normal five storey institute style building, only to find that you are on floor 11 and the whole building has 15 storeys – it was a bit mind boggling to say the least!

Anyway, aside from the two week placement and the fascinating architecture, I did manage to visit a few of the sites with The Man (he came up for the weekend in the middle) and some of the pubs. The main street in the old part of town is called the Royal Mile, joining both Edinburgh Castle and Holyrood Palace, which is the official residence of The Queen when visiting the city.

We managed to visit the castle at the top of the hill and had a tour in the sun – they do an excellent cream tea – and also a walk up the giant hill in Holyrood Park. Anyway, enough of gabbling, I cannot suggest visiting enough it was truly beautiful and here and here are some pictures and I will follow up shortly with some more subject specific information on the placement itself!

One Reply to “The Beauty of Edinburgh”