I’ve had an absolutely fascinating afternoon at the St. Brides Library in Blackfriars. The plan was to visit and attempt to find a project for my MA, but I must confess I got rather lost in the wonderfulness of the place – the building, the books, everything! – and have returned home without a project per say, though I have got some potentials here, a particularly interesting one with split stitching.

I must say a very big thank you to Mr Nigel Roche, who took the time to show me the library and the books and tell me a bit of history about the building and the collection. 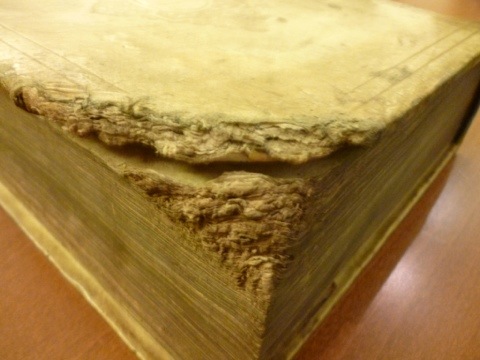 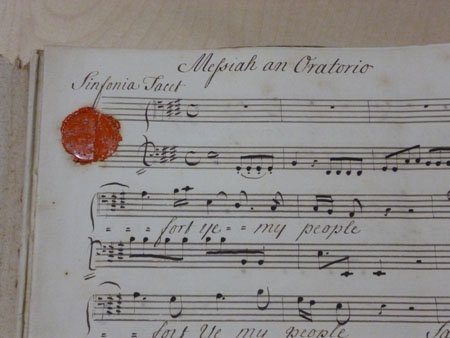 Well this afternoon was an absolutely fascinating one spent at the Foundling Museum looking at some of the collection held there.

The Foundling Museum was initially set up as a children hospital for abandoned children in the 18th Century by Captain Thomas Coram. The musician Handel was a friend of Coram and strongly supported the hospital, putting on benefit concerts to raid money for the hospital. These concerts were one of the first public renditions of Messiah, one of Handel’s most famous pieces.

It was a collections if Handel’s work, both print and manuscript that we were looking at today. The pictures below should show some of the amazing books that we were viewing, which included a collection of works which was highly publicised earlier in the year for being a previously unknown work by Vivaldi! The whole afternoon was fascinating! 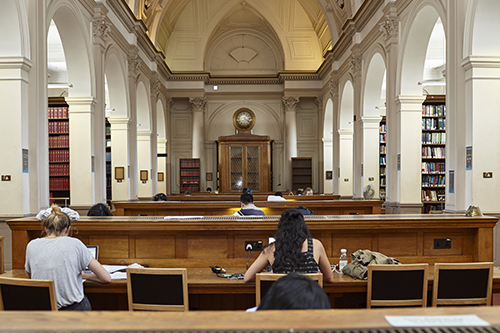 Over the last couple of weeks we have spent a couple of afternoon’s with the exceedingly nice and knowledgeable Mr. Fred Bearman, who is the Preservation Librarian at the UCL Special Collection, and a Bookbinding Historian.

They have been wonderful afternoons, looking at some very early bindings dating back to the 15th century when printed books first came into existence, known as Incunabula, meaning ‘cradle’ or ‘swaddling’ in latin. Prior to this books were all manuscript and hand written, often by monks and clerical men.

There were also some other interesting ones, including a chemise binding – books with an extra cover on them which would wrap all around the book like a cloth, these popular prior to the development of  Protestantism and after the latter these books were often cut down as they represented extreme Catholicism in some areas and were frowned upon.

Two very interesting afternoons – and very educational!! My brain is struggling to keep all the information locked in!!