Over the summer, I was lucky enough to be invited to the private view of the City Lit Basket Course, which was a culmination of work by students over the last two years. Unsurprisingly this was quite a substantial and impressive collection of work. I have to admit my naïvety here, as I really had no idea that basketry could be so creative. The course, though advertised for beginners, appeared to cater for many levels, as there were returning basketers, who have been doing it for years. 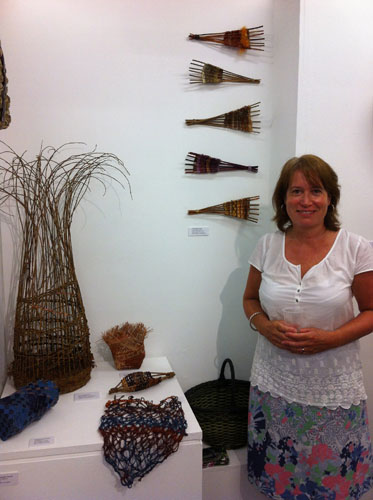 My reason for attending the (very hot!) private view was that my aunt has been a student there these past two years, so I was keen to see her accomplishments, and I am duely bias in thinking hers were, of course, the best! So without further delay, here are some of my favourites… 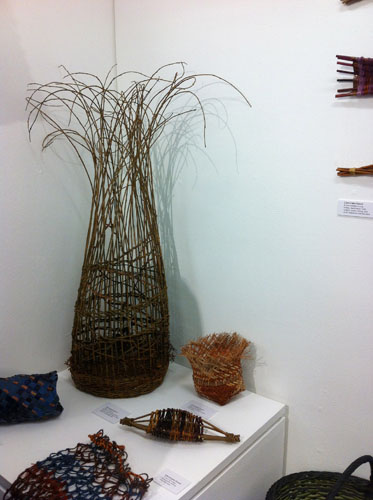 This amazing beast of a basket by Christiane Gunzi (my aunt!) came from exploring the effect of the environment on local woodland, in particular the great storm of 87′ and the change it caused in the growth of trees. Once the storm had hit, the woods grew erratically and all over the place. The precursor to this basket was an incredibly neat and perfectly formed one, representing the natural formulaic layout of the wood. 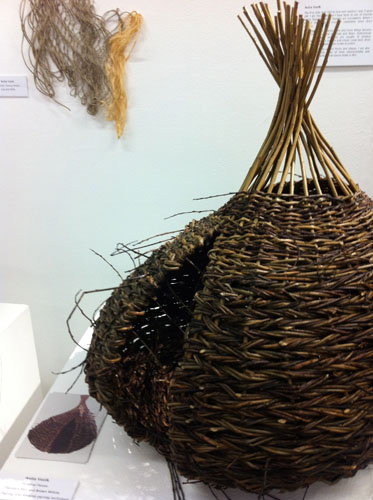 This extraordinary piece was called Paradise House, by Anita Vozik. I thought if it was made larger, it would be an excellent garden escape pod, but it did have a more serious meaning as it was representing a hay bale, the gap being a scythe cut. Anita is Hungarian, and that is their traditional method of cutting and storing hay. 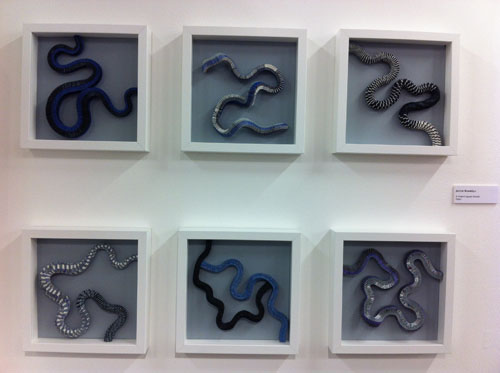 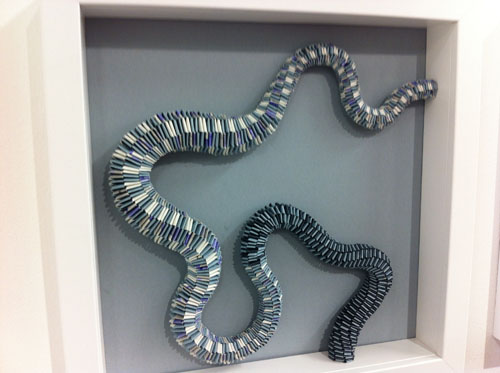 Janice Brooklyn – A fellow book enthusiast, and past attendee of the University of the Arts London. These are amazing basket woven paper creations, I could easily have a few of these on my wall! 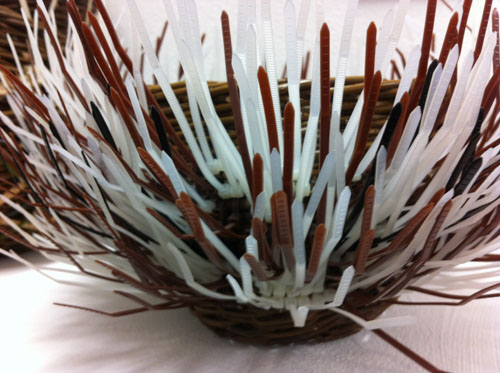 This upside down porcupine was made by Karen Lawrence, and definitely another favourite of mine. All the little spikes are made from cable ties and must have taken an age to weave in! It was one of a large collection of Karen’s baskets, all of which were incredibly impressive. 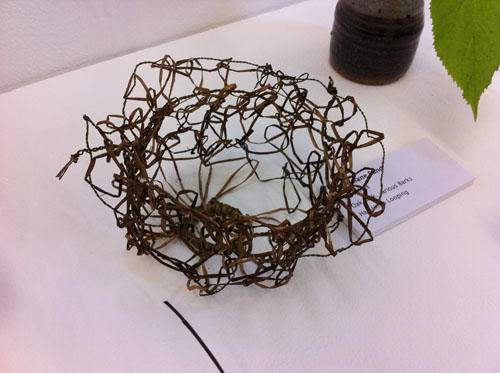 This collection by Christiane Sans (another Christiane, but not my aunt!) was more abstract than the previously ones shown here, but equally as fascinating. The materials she used appeared to be more salvage than the regular cane, but I did not have a chance to ask her about them. Gail Romanes – These were definitely another favourite of mine, there must be something about miniature things that makes you love them just for being small! They were tiny and perfect! 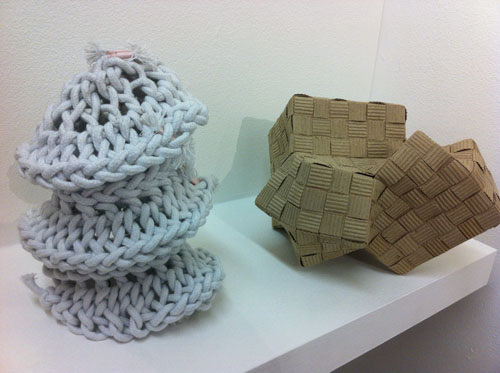 And finally, Gareth Williams’. I believe Gareth was a returning basketer, who has obviously developed an amazing skill in the craft over the years. These reminded me of something by Escher!

I have included websites where I have them (only one I think), but have grained from plastering people’s email addresses all over the web. However if you would like to get in touch with any of these basket cases, let me know and I can put you in contact.